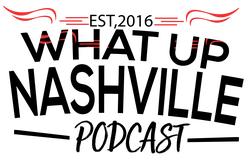 Printers Alley has alway been an iconic area of downtown Nashville, but few locations have more history than Skull’s Rainbow Room. When founded in 1948 by David “Skull” Schulman, Printers Alley was a seedy section of downtown with strip clubs, brothels and a shady but bustling nightlife.

After his shocking murder in 1998, Skull’s closed less than two months later, and a venue with epic history was no more. In spite of having featured artists such as Willie Nelson, Johnny Cash, and Hank Williams, it lay dormant until early 2013 when the second Mayor of Printers Alley, businessman Phil Martin decided to purchase the building and bring it to life once more.

After a nearly 3 year renovation, the doors reopened to an astonishingly redone 140-seat club. While there are many remnants of it’s history, this new restaurant-bar is now a high end establishment featuring executive chef Gannon M. Leary, who was trained at Commander’s Palace in New Orleans, and operated by Sheffield, England native David Wileman.

With everything from live music to classy burlesque dancers, even on Monday’s Skull’s is usually a packed house with 75+ reservations. You never know when a famous artist will show up unexpectedly, as just a few months ago Mick Jagger arrived unexpectedly and performed well into the night. Tim McGraw, who actually got his start at Skull’s, held a party recently to celebrate the opportunity he was given to perform for several labels and was the spark of his amazing career.

The fantastic menu features items ranging from escargot stuffed with Helix snails to Prime Rib with au jus, Duck Empanada, filet mignon and diver scallops. Each order is made to your requirements by expert chefs, and operating partner David Wileman demands only the best service from his staff.

So while you’re here in Nashville, make sure to come visit historic venue and join the likes of Elvis, Paul McCartney & Sammy Davis Jr. as guests of Skull’s Rainbow Room in the heart of Printer’s Alley.

We're not around right now. But you can send us an email and we'll get back to you, asap.